Film Coated Tablets: A Guide to the Pharma Coating Process

When it comes to drug manufacturing, the right film coating for tablets is essential for any pharmaceutical company. This technologically advanced process has evolved over time and differs depending on the type of drug formulation.

But why is film coating so important, and what do drug manufacturers need to know about it? This guide will help you understand some key factors when it comes to the film coating process, and how to choose a film coating that makes the most sense.

What Is a Film Coated Tablet?

A film coating is formed through the application of a thin, even, and continuous film around the surface of a tablet or pill.  The film coating serves numerous purposes, from making it easy identify and take by swallowing to controlling the drug release profile of the tablet.

Film coating is typically the most commonly used type of tablet coating. The film coating process is often complex and technologically advanced, sometimes using computational modeling and multiple coating techniques to achieve the desired result. Ultimately, the type of coating a pharmaceutical company may use will depend on several factors including the type of drug, the desired delivery, and consumer needs.

The Purpose of Film Coating Tablets: Coated Pills vs. Uncoated 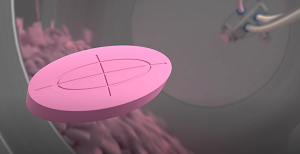 Film coating tablets presents multiple benefits, from protecting the tablet core during manufacturing and storage, to its ultimate consumption by the patient.

Many active pharmaceutical ingredients (APIs) are sensitive to elements such as light, oxidation, and moisture. Wrapping the tablet in a film coating can protect the API from these external forces, ensuring that the drug will continue to work as intended even after it has been stored for a considerable amount of time.

Film coatings allow drug manufacturers to control the release of the API in terms of site, rate, and time. This is important for a variety of drugs that require a delayed release, or for drugs that must release a consistent amount of the API over a specified period.

Orally taken tablets are the best way to ensure patient compliance, because they are the least invasive way to administer the drug and it is also less expensive to both the manufacturer and patient. Film coating the tablet aids compliance by making it easier for the patient to consume it.

What Is the Difference Between Enteric Coated and Film Coated Tablets?

There is ongoing innovation to continue to advance ways to improve efficiency through coating formulation and process design.  The equipment used and process may vary from company to company, and from drug to drug.

Organic solvent film coatings are typically used when the drug is highly sensitive to moisture.  The polymers applied using this process are good at protecting the drug from moisture, and reducing drug degradation from hydrolysis.  Although a good solution for companies that produce drugs highly sensitive to moisture; using organic solvents has safety implications and is costly.

Aqueous film coating is a highly popular and easy to apply method. Some of its advantages over solvent-based coatings include less environmental pollution, a lower risk of explosion, and improved operator safety. Aqueous film coating is now technically advanced with highly efficient coating formulations that are easy to scale-up across different equipment types.

The good news is that pharmaceutical companies have an option whether they are looking for an organic solvent or an aqueous film coating solution: Colorcon's Opadry, a customized, one-step film coating system combines polymer, plasticizer, and pigment in a dry concentrate. The Opadry film coating will result in attractive, elegant coatings on many different types of tablet cores.

If you are looking for a film coating solution, Colorcon can help. We have served pharmaceutical, nutritional and animal health companies for over 60 years,  and our experts are ready to assist you in choosing the right film coating for your  brand. Contact us today for a consultation, or learn more about Opadry here.